Don’t let dead batteries hold you back! Charge controllers and/ or battery packs with the HORI Solo Charge Station designed for Xbox Series X|S. Easily charge controllers and batteries by simply placing them on the charger! Charge Station connects to the console via USB.  Know the charging status of a controller or battery with a glance. Built-in LEDs indicate charging with red and a charge completed with green. Also includes one battery pack and two battery covers so that gamers are always ready to game. Officially Licensed by Microsoft.

*Battery life varies significantly with the use of vibration functions, headsets, additional accessories, and other factors. 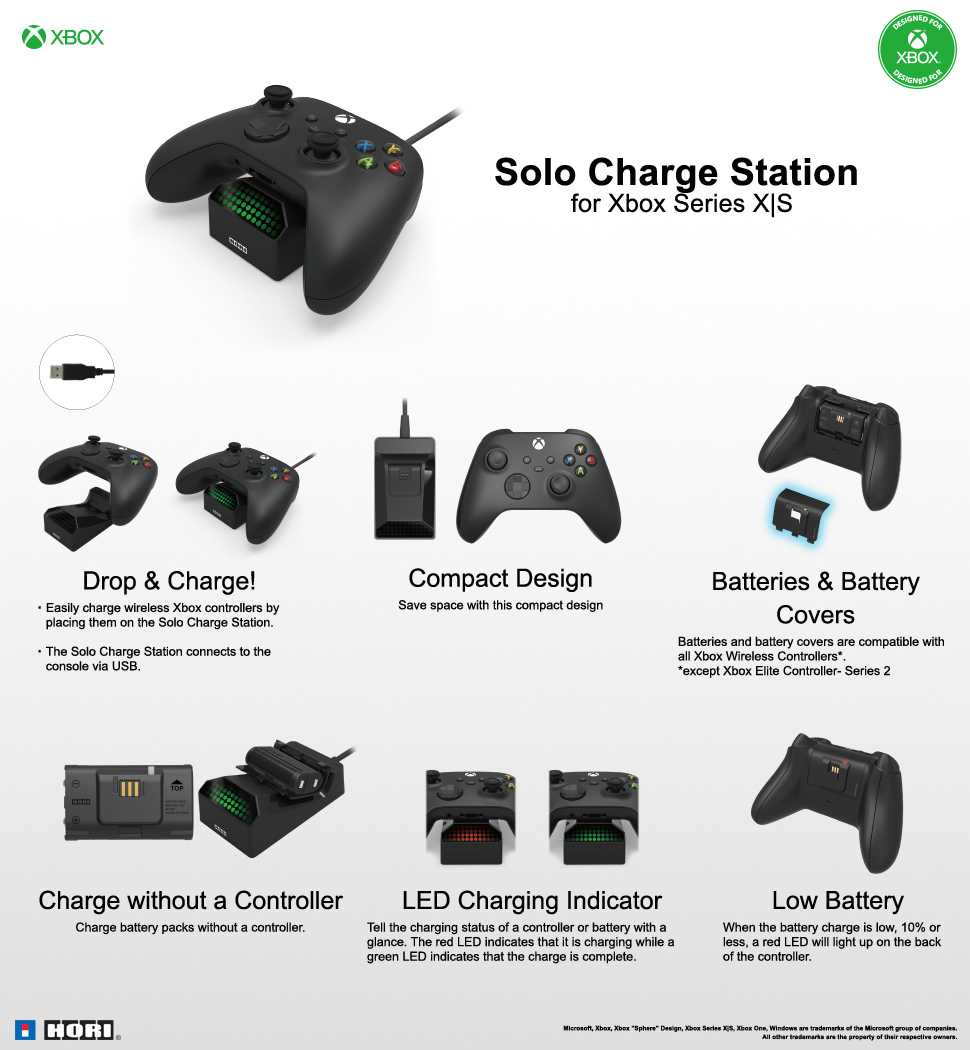