The Fighting Commander OCTA Designed for Xbox Series X|S is a wired controller that is optimized for fighting games. It features a six-button layout, durable micro switch buttons, and a short throw analog stick with 8-way gate for increased accuracy and execution speed. It also comes equipped with an adjustable D-Pad input sensitivity. Take your skills to the next level and create four custom profiles through our companion app and switch between profiles with the Profile Button. The convenient on-board audio and mic controls allow for all focus on the game. Officially Licensed by Microsoft. 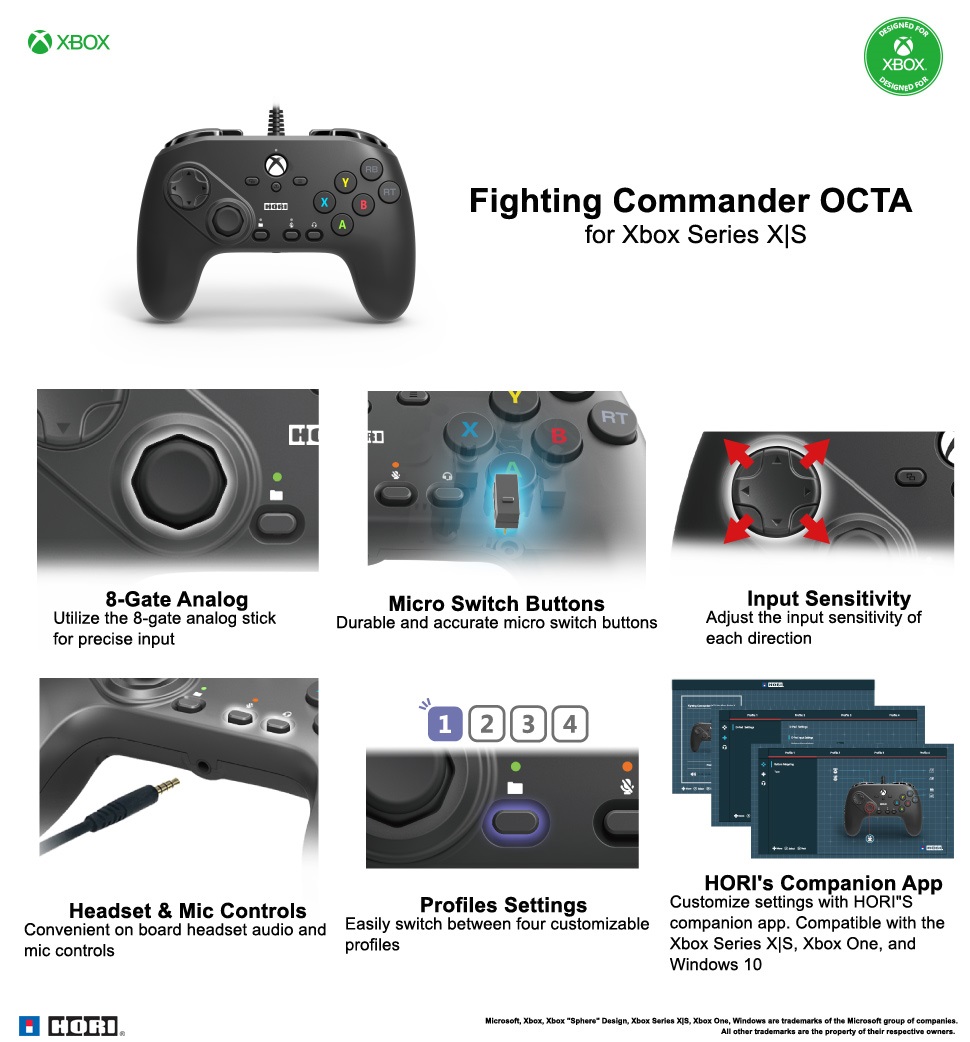