The ultimate arcade stick that truly embraces the fighting game spirit is back on PlayStation 4. An industry-first brushed aluminum top panel provides durability and refined style found nowhere else. HORI's proprietary HAYABUSA stick lever has been engineered to reduce input time and increase responsiveness. HAYABUSA buttons have lower clearance than typical buttons for quick input and a smooth matte finish with metallic accents for style and performance. There is no other fighting stick on the market that provides the same level of performance and the Fighting EDGE has been embraced by professional players and used in fighting game tournaments around the world. The Fighting EDGE is a landmark in design and functionality. Officially Licensed by Sony. 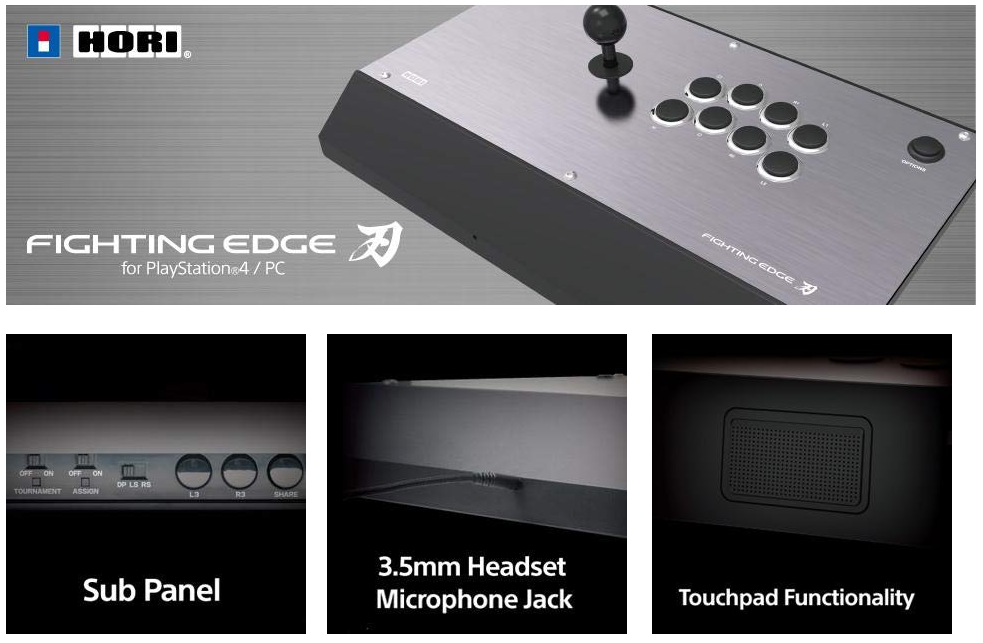 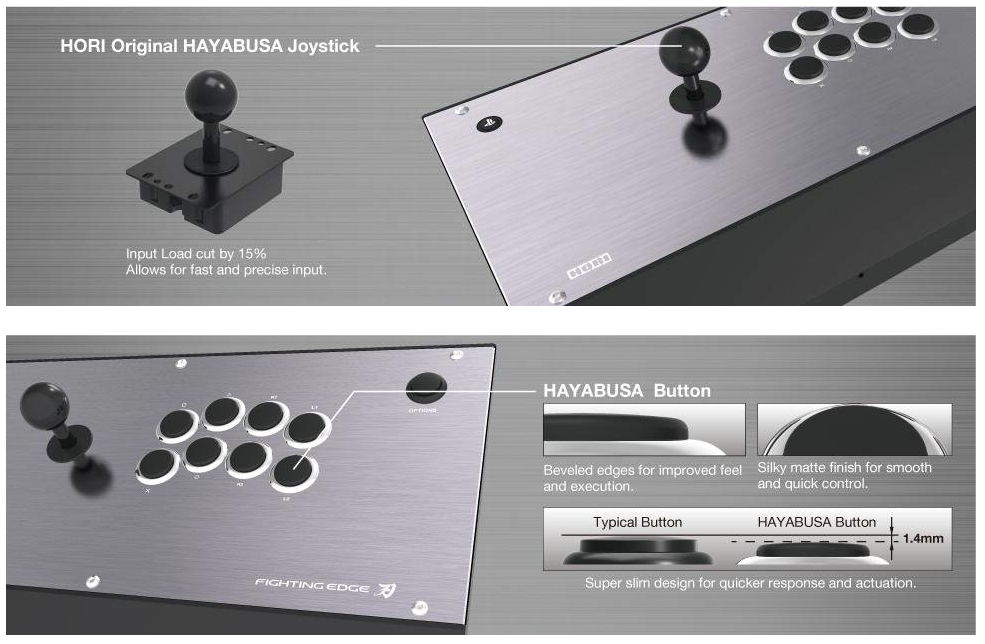